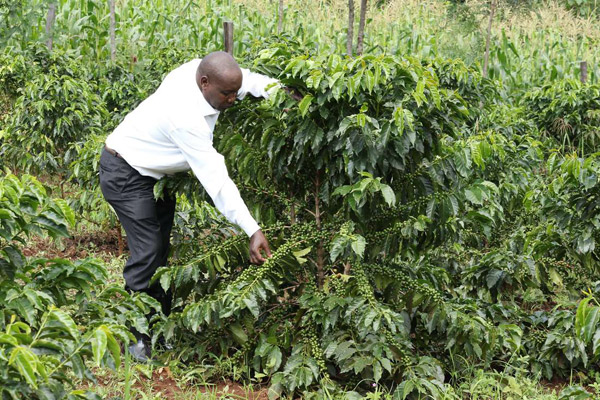 Why farmer won’t turn his back on coffee like peers

Wilfred Ochengo does not regret venturing into coffee farming a decade ago. It has been rewarding and he has even begun expanding his estate.

Mr Ochengo has about 8,000 coffee trees in his Rerutus Farms in Bonchari and Kitutu Chache North constituencies in Kisii County.

The greatest problem he faced when venturing into coffee growing was getting land.

Kisii County is densely populated and land size has been shrinking over the years.

“I bought more land last year and now have about 10 acres,” he says.

The farmer does wet mill processing with his pulping machine. This reduces deductions by Kisii Farmers Cooperative Union and Sasini Tea and Coffee Ltd, his main customers.

“After pulping, I get the shells back and incorporate them in the organic manure,” he says.

Mr Ochengo is able to monitor the quality of his berries and maintain a high grade.

He says every bush produces between five and seven kilogrammes of berries. Fifty kilos of clean beans go for at least Sh25,000.

With the three acres, Mr Ochengo would get up to Sh1.2 million per season.

“With continued improved farming practices, I expect to get 10 to 15 kilos per tree,” he says.

Marketing his coffee has never been a problem.

The challenge at times is the fluctuating prices. This depends on the international market.

Grafted coffee is best for the region whose soils are sandy-loam.

“We use Ruiru 11 as the stock and SL-28 the scion. The two blend well to produce high quality berries,” he says.

Ruiru 11 usually has shallow roots but when grafted with SL 28, it develops roots which go deep into the soil. It is resistant to common diseases and is highly productive.

“When weeding manually, we avoid disturbing the roots. A fork is the best tool for manual weeding,” he says.

He adds that during the dry season, workers use foliar spray to supplement the plants nutrients not present in the soil.

COFFEE CULTIVATION HAS DWINDLED IN THE TWO COUNTIES

“After about six years, change the cycle by cutting part of the bush to allow new suckers in order to rejuvenate production,” he advises.

He says routine pruning of the bushes is also important as it does away with unwanted growths such as suckers.
Dead branches should be removed to allow air to circulate freely in the farm.

Mr Ochengo says pruning saves on chemical usage when spraying. It also destroys breeding grounds for pests. The crop gets maximum nutrition as it does not compete with unnecessary branches.

For good yields, one should get certified seedlings from the Coffee Research Institute or licensed nurseries.

The use of organic manure is key right from planting, Mr Rori says.

“The holes should measure two by two feet and are prepared during dry season,” he says.

“Put one debe of organic manure in the hole and add 100 grams of DAP fertiliser. Heap the soil back and then plant the seedling.”

Six months after planting, the farmer should apply 100 grams of CAN fertiliser per seedling to encourage growth.

Coffee growing was once popular in Kisii and Nyamira counties but it has dwindled.

The change is as a result of competition from other enterprises, changing consumer preferences, land subdivision and huge debts incurred by saccos.

About 3,000 hectares are under coffee in Kisii. Governor James Ongwae says his administration is focused on reviving the industry.

“I constituted a task force four years ago and will begin implementing its recommendations,” he says. 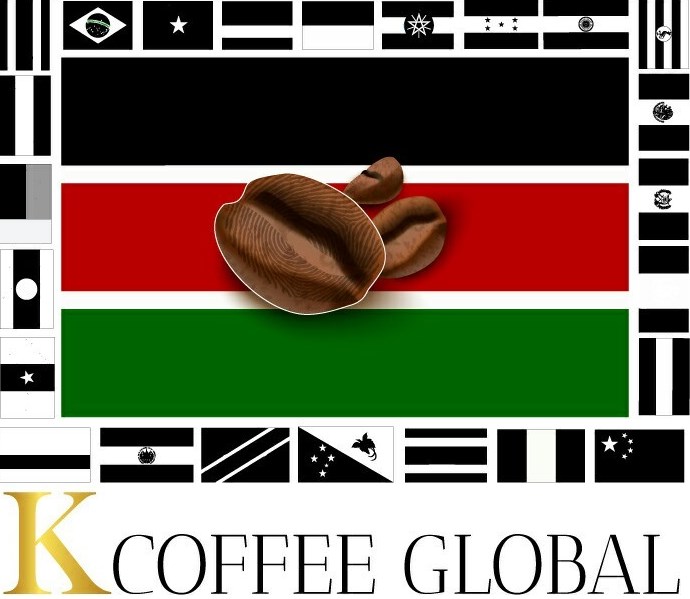